Italian has a considerable number of dialects; in addition, there are several types of formal language. Such diversity cannot but cause some difficulties, even among the Italians that speak different dialects let alone the foreigners. Highest quality translation and interpretation into Italian can be only provided by an experienced linguist.

Intrinsically, Italian is the most emotional, romantic, and beautiful language. Over 100 million people worldiwde use Italian in their everyday lives. Documents translation into Italian is complicated by a large number of phraseological units, even the in the formal language. Positive fact is that Italian does not have an abundance of exceptions, unlike e.g. English. Italian grammar structure includes past, present, and future tenses, which are often formed with auxiliary verbs. To fully understand all existing features and translate, for example, a website into Italian, one has to really work hard. Italian language speech is clear and is characterized by sonorous pronunciation; double consonants in Italian always sound long.

Modern German is one of the most popular languages as it is officially used in such countries as Austria, Switzerland, Germany, and others. A lot of German speakers live in France and Italy. Such prevalence explains why German translation is so in-demand today. The translation process may be a challenge due to numerous nuances of the language. Grammar is incredibly complex, but it is not the biggest problem as there are multiple dialects that cannot be quicly translated to or from.

German dialects have so many differences that Germans representing different regions of the country sometimes simply do not understand each other. You can easily hear eight variants of German language in Germany. All these aspects must be taken into account, especially when translating documents into German.

To translate a site into German, one shall contract highly qualified professionals who know all the details of translation and can ensure 100% quality.

As regards the interpretation, it looks much easier, but nevertheless a lot of effort shall be applied so that the interpretation is performed with the highest level of quality and literacy. Suffice to mention the pronunciation of two-digit numbers in reverse order.

Ukraine is famous for its beautiful language, which not only sounds good but is widely used in business relations. This is a fairly coherent literary language. Not so long ago (in the 19th century), multiple independent spelling systems have been created. The modern look of Ukrainian language cannot but rejoice as said aspects have been adjusted and now Ukrainians can show off their beautiful language. Text translation into Ukrainian is no problem for those who were born in Ukraine and know the ins and outs. But how about a foreigner who does not have the foggiest idea about the particularities of the language? Ukrainian is largely similar to other languages ??of the eastern subgroup of Slavic languages ??(Ruthenian, Belarusian, Russian), but has some notable differences. Thus, in contrast to Russian and other East Slavic languages, Ukrainian has much less synonymic rows.

Today, Spanish is a language of communication of more than 500 million people worldwode; it is used both in Spain and in many other countries – from Uruguay to Equatorial Guinea. Spanish is among the official UN and EU languages. Its development can be traced back to the third century BC. As different nations easily mixed the Spanish with other languages, many Spanish dialects has been created, many of which still exist. For example, the so-called Spanish-Indian and Spanish-English “language mixtures” are very popular. That is why translation into Spanish can be only performed by a professional who knows both the variety of dialects and all key aspects of spelling.

Fair enough, Spanish translation is highly demanded. Should you go to work in Argentina or fly to a Spanish-speaking country for other needs, you will have to fill in the documents in Spanish to get a visa. Many people who buy real estate abroad will need assistance of professional Spanish translators.

In Spanish, adjectives and nouns are not inflected for case and have gender categories (masculine and feminine) and plural and singular numbers. 3 articles are used in Spanish: zero, indefinite, and definite. Documents translation into Spanish is not that simple! 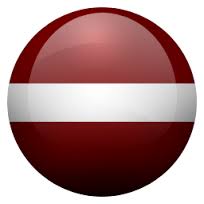 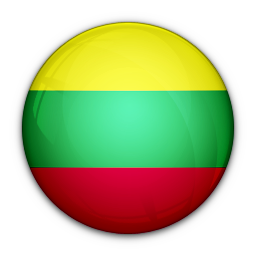 Portuguese is used in their daily lives by residents of Portugal and Brazil, the countries where Portuguese is an official language. The language is also used in Guinea-Bissau, Angola, Cape Verde, Macao, and Goa. If drill down deep, the Portuguese is daily used by about 200 million people worldwide. Thus, the translation into Portuguese is always in high demand, and professional linguists often get respective orders.

In its classic version, Portuguese is a language of the metropolitan country as in the process of local languages ??mixing with Portuguese, a lot of forms and dialects have been created. That is why translation into Portuguese can be only handled by an experienced specialist. The difference between language forms not only involves pronunciation, but also includes syntactic differences. The pitfalls are encountered during translation of, for example, legal document where each term is equally important.

Chinese is on official language ?of PRC (China) and is currently used by a huge nation. At least 1.3 billion people in the world speak Chinese. It is popular in Cambodia, Singapore, Malaysia, Indonesia, Vietnam, and other countries. As Chinese has seven dialects for writing and communication, translation into Chinese is associated with many challenges faced even by world-class linguists. Text translation and interpretation into Chinese per se are always difficult.

Chinese has about 10 groups of dialects, which are substiantially different from each other. Due to common written language, the indigenous Chinese can understand their neighbors despite the differences in their dialects. To perform documents translation into Chinese, one must be familiar with general rules of the dialectics. Chinese writing is conservative and ancient: each character or symbol corresponds to a particular vocabular word. To read a paper, you need to know at least 2,000 characters, while the Chinese dictionary contains about 40,000 characters.

Swedish is an official language of the Kingdom of Sweden and one of the languages of indigenous people in Finland. Today, more than 10 million people communicate in Swedish, including those living in Sweden, the United States,  Finland, and Canada. However, Swedish has not always existed in contemporary form. At some point of time, the Vikings brought a Scandinavian language, which was then widely used in Europe. In the future, Danish, Norwegian and, accordingly, Swedish languages developed from Scandinavian. Today, Swedish language has no competition in Sweden.

For proper translation into Swedish, one must know not only the classical exceptions but also many non-standard ones. The fact is that the language has a large number of dialects, which differ significantly so that the Swedes from different regions of the country sometimes can not understand each other, which causes a lot of difficulties during Swedish translation. Swedish has two non-standard genders: common and neuter.

Approx. 6 million citizens of the Kingdom of Denmark, including Greenland and the Faroe Islands, use Danish in their daily lives. In Germany, about 50 thousand people consider Danish as their native language. Danish belongs to the East Scandinavian group of North German language family. Like Norwegian, Danish origins from the Scandinavian. Text translation into Danish always causes a lot of controversy because of complex classification.